The Opioid crisis which is rampant in the United States is perhaps one of the ugliest epidemics that we have faced. Its effect on individuals and their families is hideous. Why? Is it because of the stigma behind addiction that keeps addicts trapped in the shame. Or is it from true physical pain, perhaps it’s more from emotional pain? Is it because of the lies Big Pharma sold to the doctors and patients? These questions may never be answered since some people don’t care. There are people who blame the addict – Saying things like, “No one told them to take the drug.” Or “No one forced them to use drugs.” Addiction is a real disease of the brain, perhaps not like Alzheimer’s, but none the less, it is a misfunction in the brain. And yes, some addicts were told to take the drug in order to stop the physical pain, and not to worry - the drugs are not addicting - Big Pharma fed us these lies.

Where did the epidemic begin? We may never know, but as a practicing RN for over thirty years I have my theories. I trust that most have heard of the pain scale, which was originally developed for research, and not assessment. According to Creakyjoints.org, John Farrar, MD, PhD, a pain specialist and director of the Biostatistics Analysis Center at the University of Pennsylvania states, “The primary impetus for the development of the scales we use today was to standardize it, not so much for patients to tell us how much pain they have in the clinical setting, but to standardize it from the perspective of being able to study it for research purposes” (par 6).

The issues may have begun with calling the pain scale or pain the ‘5th vital sign.’ Pain should never have been considered the 5th vital sign because it is a subjective sense, meaning everyone feels different. A vital sign is not subjective, your Blood Pressure is what the sphygmomanometer (B/P cuff) indicates. A heart rate is the exact number of beats per minute when it’s taken. Your respiration rate is the exact number of breaths you take in one minute. When a medical person asks a patient about pain the universal scale is used; “What is your pain on a scale of 0-10, 0 being no pain and 10 being the most pain you have ever had.” This is the problem. Some patients - those who have addiction issues are already needy individuals. These patients will always have a high number no matter what kind of pain they’re experiencing. For example, I once had a patient who told me his pain was an 8 and it’s been that way all day. The problem is this patient was sleeping for the majority of the day and requested pain medications upon arousal – boom it’s an 8 seconds after awakening. When leaving the room to get his meds he was laughing and joking with his friends who had awaken him. How does someone with a pain level of 8 feel like laughing and joking?

This is the problem with asking the patient about their pain with this scale. Seeing as pain is a subjective experience, we are forced to take and document how the patient reports their pain. This should be changed to something a little more reliable to assess a patients pain. For instance, when using the pain scale, we compare the high point of pain to something we all know would be extremely painful. Such as when a patient reports pain a 10/10, and instead of this being the most pain they have ever had, we suggest a 10 belongs more to someone who has just been shot in the knee with a 9-millimeter bullet!

My own brother was a victim to the pain scale. He was the type who would always say 10/10 for his pain. He became addicted. He became so addicted and was known to health professionals as “a drug seeker.” He went to most of the hospitals here in Massachusetts. Granted, he did suffer from several serious illnesses, yet they didn’t all require pain medications. He became addicted like many addicts do - from surgery needing pain medications in order to tolerate rehabilitation. Sadly he became hooked on the euphoria pain medications provide. However, why would doctors continue to give him pain medication when knowing this is what he was after? Why continue feeding his addiction? Especially after most hospitals records finally became electronically connected to one another. My family may never know the answer of who the responsibility belongs too – with the doctors for treating him or family for failing to get him the help he needed.

Perhaps labeling someone a “drug seeker” is not new, however; giving him medication because he was obnoxious does not help but continues to foster the label. No one said, ‘No more and this is what we can do for you instead.’ Such as alternative pain management or drug rehab, or even a 12-step program group. The medical atmosphere was and still is to be as quick as possible due to insurance and hospital guidelines. Quickly move them in and out of the hospital, and just focus on what to do to get him out sooner than later. These are all factors that may have led to his downfall – again, we will never know.

The social department failed him too. Why after two years on disability, did no one put him on Medicare? This would have opened many doors for him. Instead of being switched from one doctor to another and having to constantly retell his history (which led to reinventing the wheel regarding testing and diagnosis’s - equaling more costs). He didn’t have one doctor to rely on because every spring he was handed off to another new intern (class). This only led to extreme anxiety for him. He was forced to start over and over again leading to total disgust with longer times in being seen for any treatment needed. This process led him to seek help in every emergency room in Massachusetts and a couple from Rhode Island and New Hampshire. The medical system failed him, society failed him, and we - his family failed him.

Through the words of this memoir may the reader feel the sadness, anxiety, anger, frustrations, limitations, humility, and the humor we had to use at times or we would have all gone insane. May another family see that they are not alone with the battle against addiction. 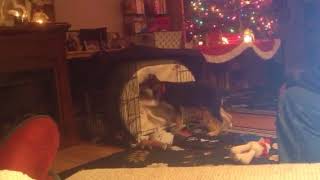